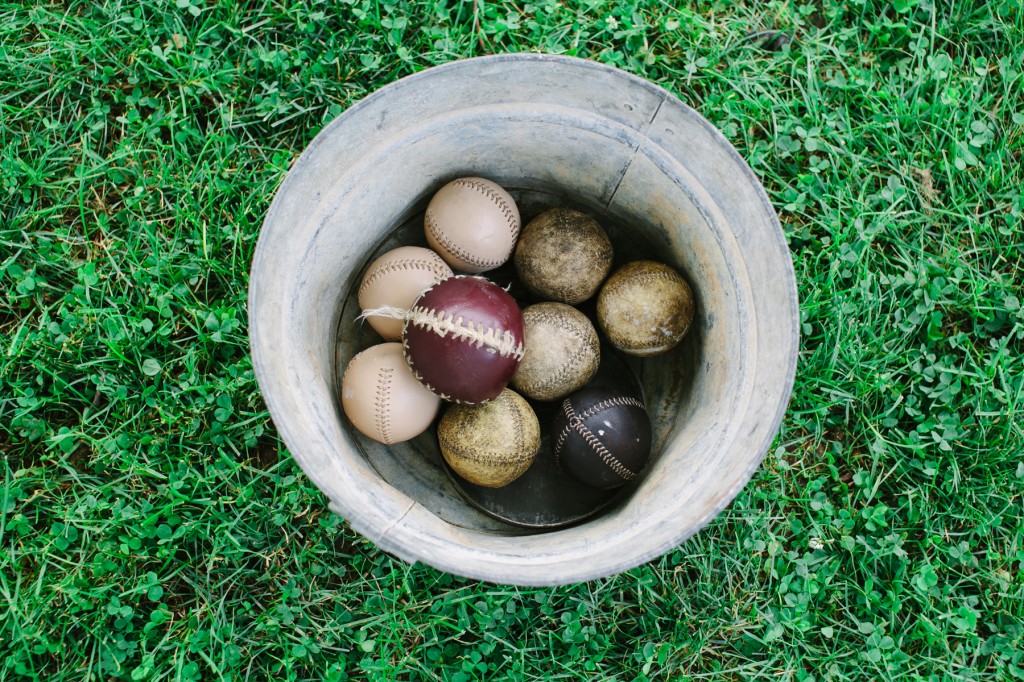 The Crack of the Bat

I had the great pleasure of shooting the Athletic Base Ball Club of Philadelphia, the city’s vintage base ball team, last weekend – I also wrote about the team for Hidden City Philadelphia – as they took on the Diamond State Base Ball Club of Delaware. The teams played two matches, one of the Philadelphia version of town ball, a precursor to the game, and one of base ball’s 1864 rules. 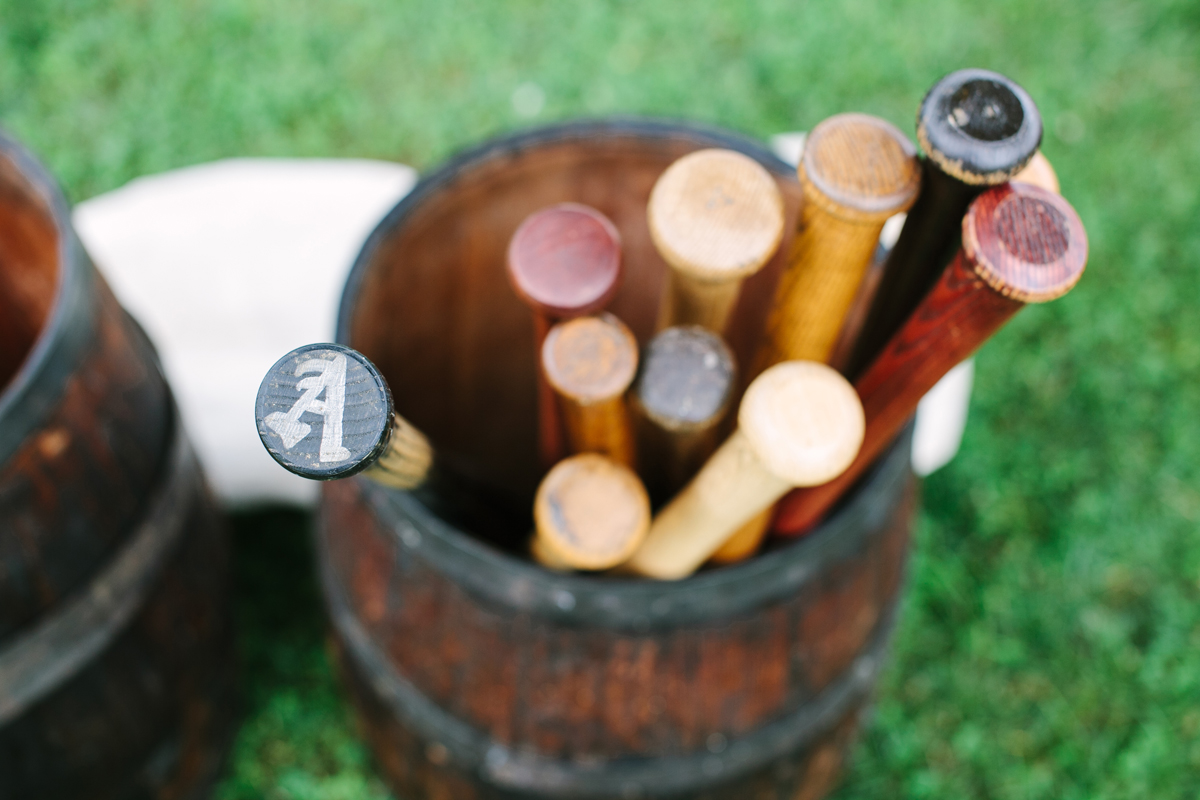 The Athletics, who play in a league with other vintage teams in the Mid-Atlantic region, was founded 2009 by Scott Alberts and Ryan and Eric Berley – the dapper proprietors of Second Street’s old timey Franklin Fountain – after Alberts was on a late-night Internet quest to answer about the Philadelphia Phillies history and the team’s late-1800s home, the Baker Bowl. A few days later, by chance, Alberts’ mother sent him an article about a match between Maryland teams from Elkton and Havre de Grace. Left scratching his head as to why there was no Philadelphia team in place, Alberts turned to the Berely brothers, whose father happens to be a baseball historian and the rest is, well, living history. 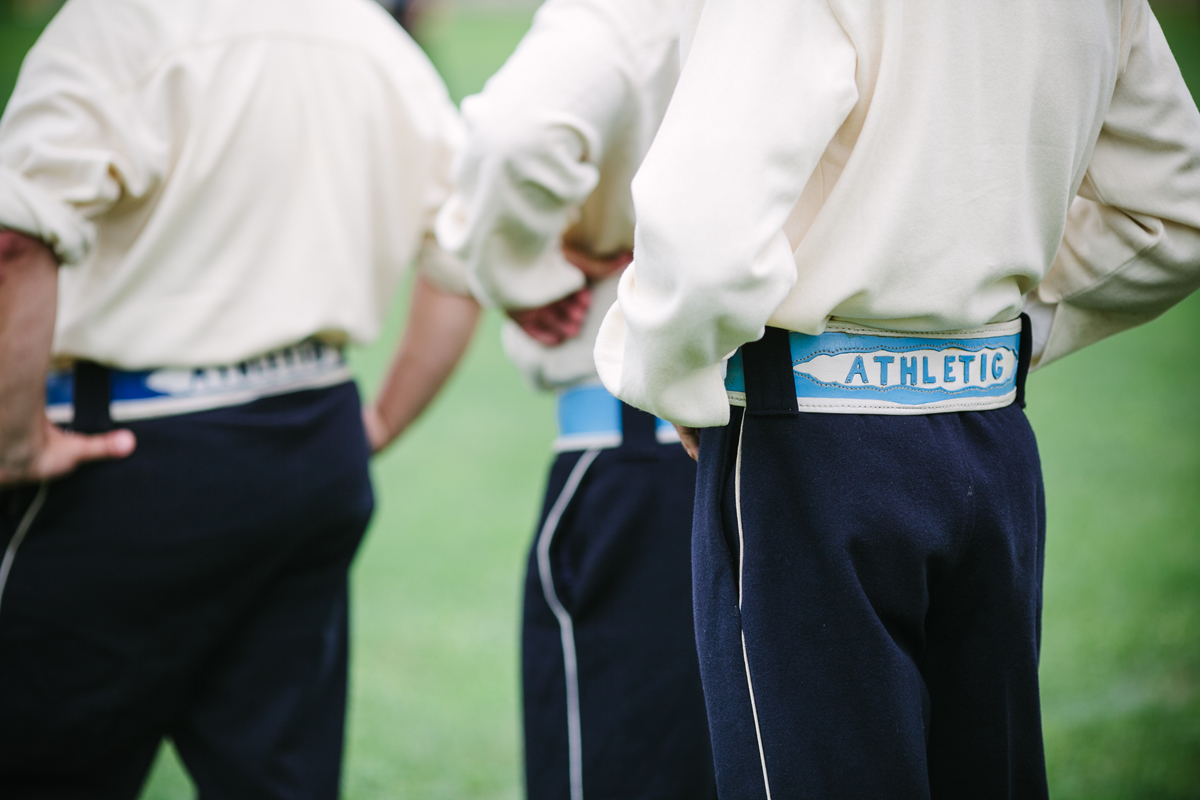 The Athletics generally play their home games in the shadow of Memorial Hall in Fairmount Park, an ironic location, Alberts says, since the Centennial Exposition of 1876 contributed to the downfall of the original Philadelphia Athletics. With attempts to clean up baseball – including bans on alcohol and gambling – and rising ticket prices, the Athletics received little help from the exposition as it gobbled up the common man’s spending money as the preeminent recreational activity of the day. 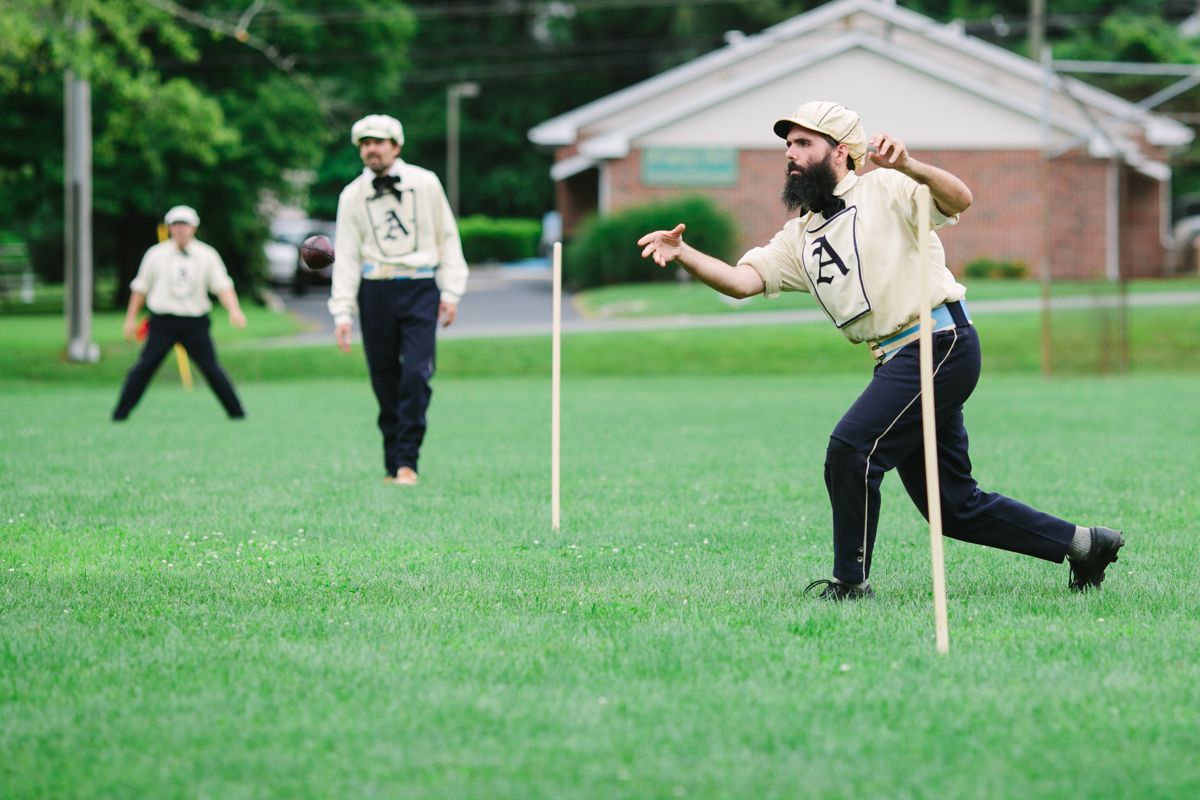 “It didn’t help, quite frankly, that the Athletics sucked that season,” Alberts says, though, historically, the Athletics were one of the most successful and most documented of the early base ball teams.

The current day Athletics and vintage base ball in general, says Alberts, draws interest from all walks of life, from hardcore baseball fans, history buffs, folks attracted to the social aspect, to softball teams who just want to wear cool uniforms. With 22 teams in their league alone, vintage baseball continues to grow. The style of play varies from team to team, but, when calling the shots on their home turf, the Athletics play by 1864 rules and some additional variants, including the Philadelphia version of town ball, a precursor to the game similar to rounders. 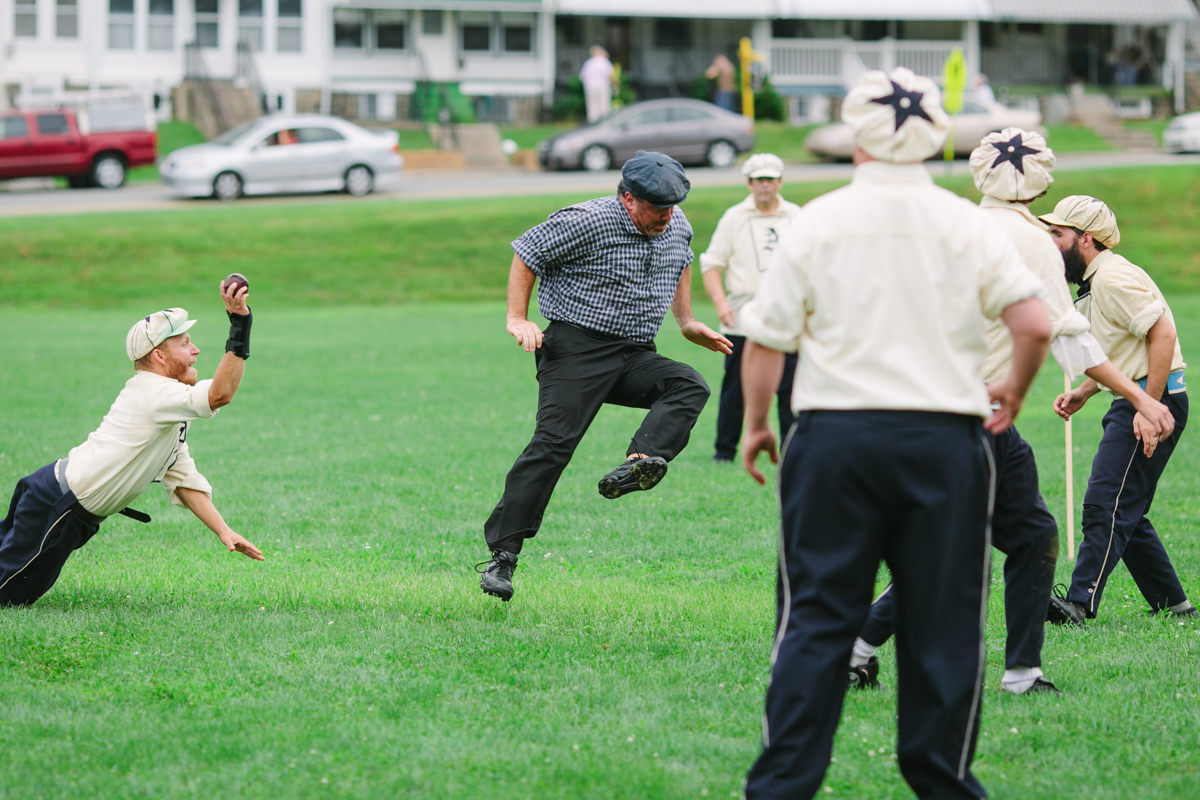 Differences in the 1864 and modern game include only underhand pitching, the vastly reduced role of the umpire – whose main job is to keep the game honest by settling disputed plays – and the allowance of any bat length. Overrunning first base is not allowed, and the lack of the infield fly rule and the ability of runners to move back and forth between bases leads to lots of trick plays, says Alberts. Gloves didn’t become commonplace until the late 1880s, and the first player to wear one in the 1870s was nearly laughed off the field. 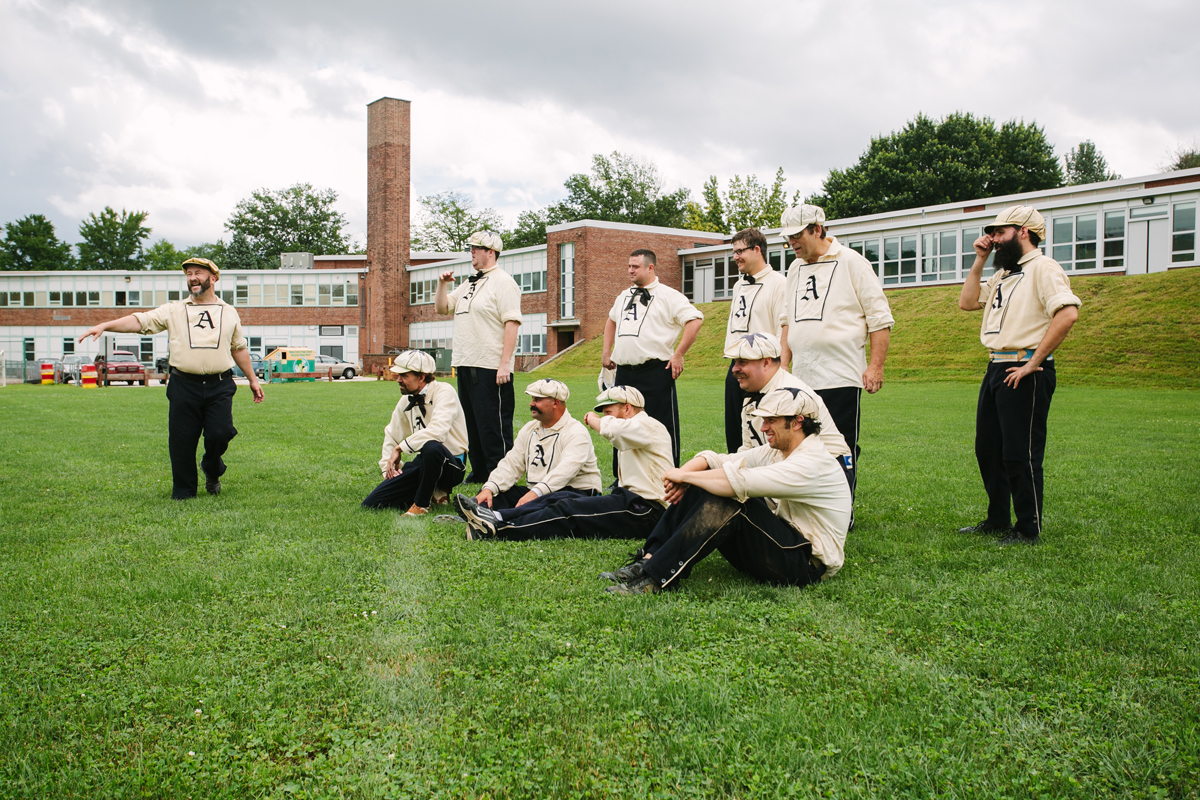 In addition to playing, Alberts says the club is more than exhibition and competitive vintage base ball. Taking on the role of historical educator, the club takes part in speaking gigs and other educational activities and partners with other events steeped in history, like the Tweed Ride.

“This is about teaching people history, not just base ball history,” says Alberts. “The game tells a lot about the history of Philadelphia, but base ball is just the hook.” 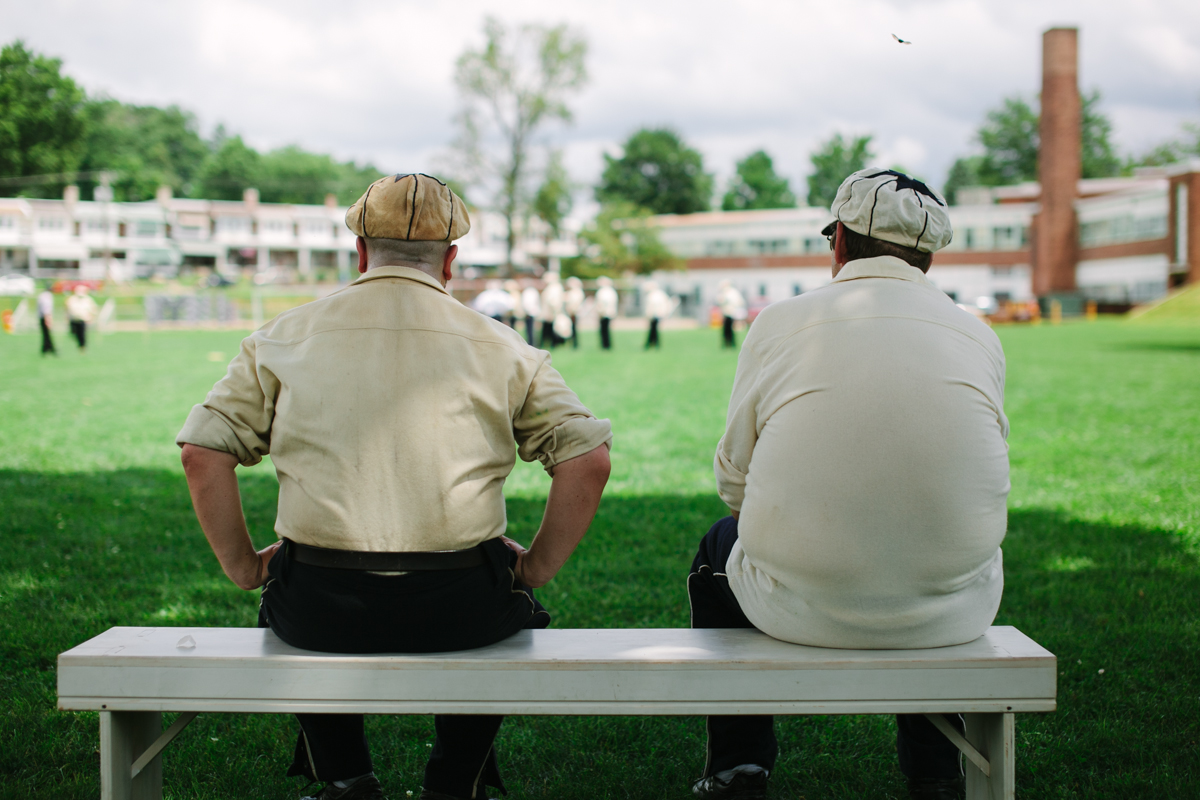 The club holds informal games from time to time so anyone interested can try their hand at the game. Interesting facial hair is encouraged, but not required. For more, visit www.phillyvintagebaseball.org.