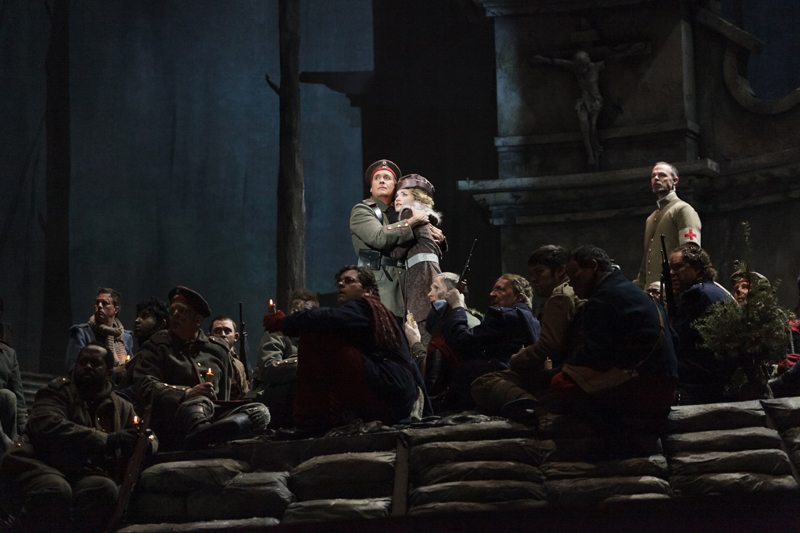 Earlier this week, I was invited to shoot a dress rehearsal of Opera Philadelphia’s production of the 2012 Pulitzer Prize winning Silent Night. I’m not much of an opera guy (don’t tell my wife) but it was a blast. Given that I was working the whole time, I couldn’t follow along with the supertitles and can only give you the gist of the production. 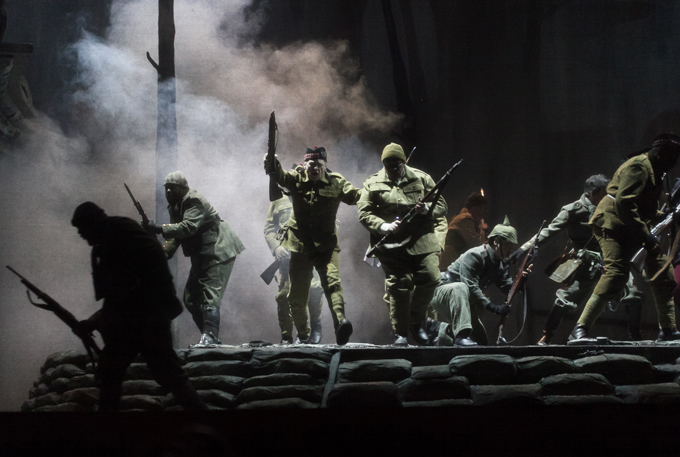 The story revolves around  Scottish, French, and German soldiers at Christmas 1914, during which soldiers on both sides laid down their arms, sang carols, took a break from the trenches, and buried their dead. It opens tonight at the Academy of Music, and, I’m told, because of the impending snowfall, there are still great seats available. For a nice preview, check out the Radio Times interview with composer Kevin Puts, librettist Mark Campbell, and tenor William Burden. 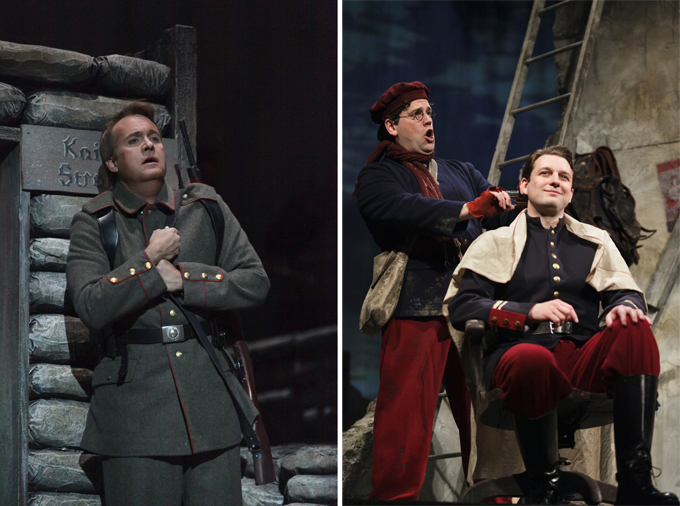 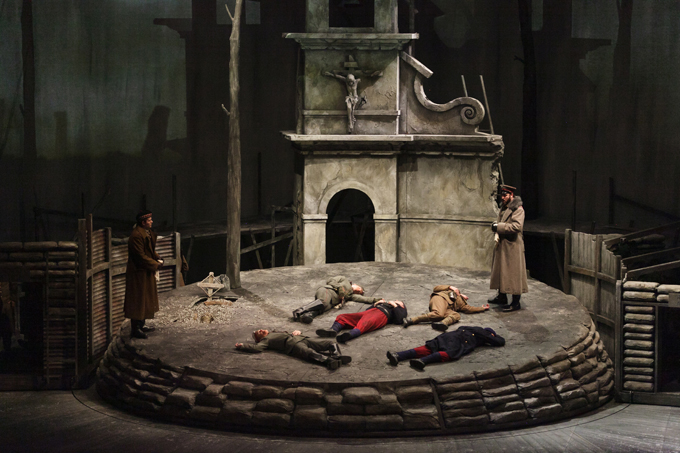